It is also dubbed as the Miss Universe for transvestites and transgenders, whose aim is to empower transgenders, promote GLBT rights and provide a venue for showcasing their talents.


Balot bested 20 other contestants from 15 countries in the annual pageant for transvestites winning the 10,000 US Dollars cash prize and an expensive crown. Balot, a nursing graduate from Far Eastern University, will receive $10,000 (Bt310,000) and other prizes and gifts.

She gave an impressive performance during the question and answer segment in the final round, which helped clinch the crown. 21 contestants from 15 countries dazzled at the Miss International Queen 2012 pageant held in Thailand s seaside resort Pattaya on Friday, vying for the crown in the annual competition for transvestites.


The final contestants were selected from more than a hundred entries from nearly 30 countries, and one contestant said the competition offered transvestites and transgenders a chance to show off their potentials.

Balot said after the pageant, “I’m very proud to be the first here, and I hope my dad will accept me. Because in the family I’m the only boy, and my dad has big expectations of me. I made it. I won the International Queen Pageant, and I believe that my dad will accept me not only as his son but also as his daughter.”

My name is MARETHA SYAHBANIA, always in a state of sound mind and body. Currently aged 26 years and I'm Bachelor of Finance from Trisakti University. Now I'm work at PT. Bank Mandiri (Persero) Tbk and continue my shcool Financial Banking at Megister Economic, Trisakti University. I'm living with my husband and married status

WARNING...!
Don't JUDGE ME ANYTHING because you don't know anything about me...!!!

if your lips violate,please GET OUT FROM MY BLOG...!!! 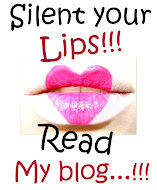 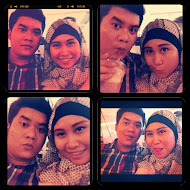 My Social Have Fun...!!! Slideshow: Maretha’s trip to 6 cities including and Malaysia was created with TripAdvisor TripWow!